Getting to Yes: Tactics for successful workplace negotiations 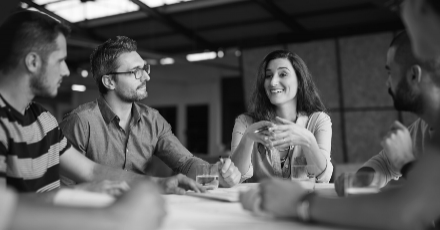 Getting to Yes: Tactics for successful workplace negotiations

Two sisters were fighting over an orange, both wanting it and neither prepared to concede. Failing to reach an agreement, their mother said that she would cut the fruit in half, assuming that would keep each child happy. One sister promptly ate her half, throwing the rind in the bin, while the other one threw the fruit in the bin and sliced up the rind for the recipe she was working on. There had been a solution on offer that would have improved the outcome for both, but it wasn’t identified.

The moral of the story is the need to establish, with certainty, the objective we are pursuing when we engage in negotiation. The example above is known as "positional bargaining", or "zero sum game", whereby, for me to win, you have to lose. It is not unusual for two people in negotiation to dig in from the get go, on the result they want, thereby closing off the possibility of finding solutions that work for both parties. This can be made worse by a lack of clarity on what precisely is the core objective, that is being sought from the process.

Once the objective is clear, there is a better opportunity to find a solution that will work for all parties. This can move us to a position of "principled negotiation", or "Win/Win", where we have regard for both the outcome of the negotiation, and the ongoing relationship with the other party.

This introduces the need to decide which tactics to deploy in the ‘negotiation arena’, specifically the approach to be taken during negotiation to include the verbal language, the body language, the listening skills, the level of flexibility on offer, the regard for the ongoing relationship, and the focus on shared interests as opposed to one-sided positions.

Ultimately, we need to decide if our negotiating stance is going to be based on a hard or soft approach. These are not always mutually exclusive, as we can mix it up over the course of a negotiation. Having said that, the core approach being taken will most likely be informed by a bias in one direction or the other, usually the default position adopted when the pressure is on.

Hard tactics include; demanding one sided gains, seeing the other side in purely adversarial terms and distrusting people. On the other hand, soft tactics are represented by trying to avoid a contest of wills, making agreement the end-goal and making concessions to grow the relationship.

Some negotiations arrive at a point where one or both sides are wedded to their position and do not feel capable of working towards mutual gains. This gives rise to negotiation breakdown which can range from a minor break in proceedings, to months long suspension. The one truism of such outcomes is that, sooner or later, the process has to be re-ignited and some solution constructed which both parties can tolerate.

The questions sometimes overlooked, in the relief associated with securing a deal, are; could we have got there faster, with less residual animosity and attendant loss of productivity/face/time/money?

Principled negotiation (Win/Win) is more likely to manifest itself when the approach being taken is one of trying to get to yes. One of the more straightforward approaches which supports this move is stepping to the other side and seeing the world from their perspective. This not only displays empathy, but opens up the opportunity for some like for like behaviour where we can ask for a similar response from across the table.

Identifying shared interests is another way to focus on positivity. Too often, one side or another in negotiation spends lots of time articulating it’s ‘position’. As this approach persists, the position is likely to become more and more entrenched. Instead, invest time in identifying those areas where there is a clear shared interest and work to maximise the positive impact of this. Recognition of such opportunities can be unearthed as part of the pre-negotiation preparation, either by way of papers exchanged or prior discussions.

Use of high-yield questions is another welcome vehicle on the road to yes. A high-yield question is one which is more likely to deliver results by virtue of opening with a ‘what if we were to do the following, what could you do in response?' This type of exchange signals a desire to do business, recognising the need for mutual gain and a willingness to start the ball rolling.

There is also a human dimension, in the context of our desire for reciprocity. When someone does something for us or gives us something, it is normal for us to want to respond in kind. Negotiation does not always have to be an adversarial process.

In summary, make sure to prepare to ensure you are clear on your core objectives. Recognise that there are two parties in the process and a positional bargaining approach of ‘I win, you lose’ cannot deliver a sustainable outcome. Determine your approach for what happens when you’re in the ‘negotiation arena’, knowing which tactics you will deploy and when. And finally, understand how you can set up yourself  - and the process - to get to yes.

If you would like to learn more about how Irish Times Training can help your organisation to build high-performing teams, lead and retain talent, contact us on (01) 472 7101.

Gerry is the principal of Prizeman Consulting, working as a trainer, lecturer and Executive Coach since 2015. Prior to this he gained over 35 years’ experience in the Irish Financial Services market, many of them in leadership roles.

He works with individuals and teams, both as a one to one executive Coach and through his skilled facilitation of team leadership programmes. His coaching approach is one of facilitated learning whereby the coachee is encouraged, challenged and supported to become the author of his/her own solutions..